The Gift that Keeps on Giving

How technology & emotion are innovating the peer-to-peer supporter journey.

2016 is the year of supporter engagement and in order to get engagement, we need to get emotional.

The most powerful way to inspire action is to create a visceral response and so this should be our number-one priority.

People are driven by their emotions. Facts and figures are important but only the heartfelt stuff has the ability to stop people in their tracks, change the way they think and influence their behaviour. Emotion is the ultimate disruptor.

The commercial world has known this for years. Just look at the some of the ads we’ve seen of late for brands like Dove and Kleenex. Even the controversial mining giant Santos has been dabbling with emotional storytelling.

The truth is that in any hyper-competitive sector, a compelling customer experience is the last remaining differentiator.

Getting up close and personal

So what does this mean for us, as fundraisers? It means supporters need to be at the absolute heart of our fundraising strategy. We need to build detailed personas of our target audience groups that outline not just their demographic information, but a detailed map of their lives: the things they do, the challenges they face and the ‘moments that matter’ for them.

And when it comes to creating an emotional trigger, timing is everything. This is particularly in the peer-to-peer space, which is peppered with ‘moments that matter’ as supporters navigate their personal fundraising journey.

The digital revolution has transformed the way we operate and online fundraising is here to stay. However, we mustn’t forget that a true supporter experience is about more than just the medium, it’s about participation: creating opportunities for audiences to become part of the cause they are supporting.

Impressive as it sounds, in reality we’ve only just scratched the surface of peer-to-peer’s potential. What if we could create a supporter experience that pushes an average contribution to $900 or even $1,000? Encouragingly, it’s now more a question of ‘when’ rather than ‘what if’?

Right now, peer-to-peer campaigns are typically executed in isolation, using platforms like everydayhero, which have revolutionised the peer-to-peer space.

However, in order to create an integrated supporter experience, data needs to be manually imported into a CRM – a task that is arduous, time-consuming and one that few nonprofits (particularly smaller organisations) would have the time or resources to execute. This is why recent innovations in technology will have such a profound impact on fundraising potential.

In August, Blackbaud announced an integration between everydayhero and eTapestry – the leading fundraising CRM for growing charities (typically with income of under $3 million). It is an integration that will allow data from peer-to-peer campaigns to automatically synch with eTapestry, providing a 360-degree view of supporter activity. From here, supporters can easily be nurtured with personalised and automated communications.

While larger nonprofits using Raiser’s Edge NXT are already integrated, the biggest impact is likely to be felt among smaller ones like the Australian Mitochondrial Disease Foundation, which has independently used eTapestry and everydayhero for a number of years.

CEO Sean Murray says, “The integration of our two most important fundraising systems is a game changer for us. Having peer-to-peer data delivered directly to our marketing tool will have a huge impact on our nurturing capabilities. We’re excited by what we’ll be able to achieve as a result of this new intelligence and the manual importing time it will save us.”

And while the donations themselves are obviously of great importance, the real power of peer-to-peer lies in each supporter’s potential. Not only do they tend to be our most loyal supporters, they also have an engaged network that has just received a personal introduction to our cause. The integration makes it possible to track the value of peer-to-peer fundraisers inside eTapestry and view the ‘soft credits’ that their network has raised.

Given that, on average, each peer-to-peer fundraiser attracts 10 donors, imagine the possibilities of being able to build relationships with them individually. That’s worth getting emotional about.

Discover how technology can bring your peer-to-peer supporter journey to life, in a free 30-minute webinar at 11am on 10 November.

The post The Gift that Keeps on Giving appeared first on Blackbaud Pacific. 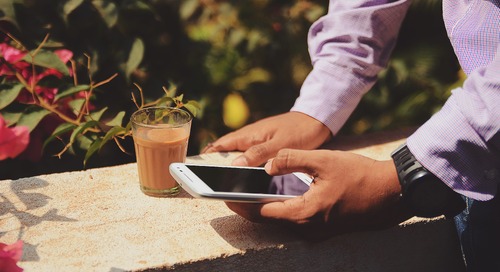 How to Avoid Losing Donors Over the Phone

So, you’ve engaged a supporter enough for them to pick up the phone. They’re greeted by a friendly receptio... 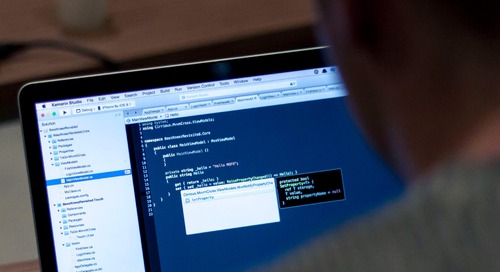 Steve MacLaughlin is the best-selling author of Data Driven Nonprofits, a guide book for organisations that...