5 Critical Characteristics of Data Driven Not for Profits

We know that Big Data is fundamentally changing how companies make decisions and improve their performance, but many not for profit organisations have lagged behind in this area.

Over a year ago, I set out on a journey to understand why not for profits are not making more out of the hidden treasure in their data. What I found is compiled in the new book Data Driven Nonprofits.

Not for profit organisations are vital to making meaningful change in the world and they have significant amounts of untapped potential in their data. But why do some not for profits struggle to use data while others have successfully harnessed information to drive better decision making?

To answer this question, I spent time researching the habits, mindsets, and cultures of successful data driven not for profits. Along the way, I interviewed more than 20 not for profit experts from a wide variety of organisations.

Over time there emerged five critical characteristics that each of these successful not for profits had in common:

1. Natural Curiosity: Time and time again, the best examples of people using data to drive decisions are those who have curious minds. They may not all have a background in statistics or mathematics or computer science, but all of them were curious people. They want to understand why things happen and how the world works. Natural curiosity is a prerequisite for changing the status quo and data driven not for profits empower their people to explore what’s possible.

2. Data Health: The term “data hygiene” rarely gets anyone excited, but the importance of data health at a not for profit cannot be overstated. This is not about garbage in and garbage out. It’s actually much worse than that. If you start out with bad data, then it only gets worse from there, never better. Data driven nonprofits have healthy data habits.

3. Champions at All Levels: We often hear about the importance of top-down leadership to make change happen. While the support of leadership is important it simply is not enough. The most successful data driven not for profits have champions at all levels of the organization working to drive change. They may not have the fancy title or the corner office, but they make things happen each and every day.

4. Data is Not a Foreign Object: These were the words of Christoph Gorder, chief water officer at charity: water. It encapsulates the mindset of highly data driven organizations. Data is part of the daily workflow and forms the basis for how decisions are made. Data driven not for profits embrace the use of information to accelerate change.

5. Data Scientists are Good Storytellers: It is a mistake to believe that the data should speak for itself. A common thread among the best data scientists in the not for profit sector is that they have learned how to be good storytellers. They are able to distill all information and influence decisions through telling stories about the hidden surprises in the data.

These not for profits are accelerating change in the world by using data to influence strategy and inform decisions that produce value and impact. All of these organisations have invested in people, process, data, and technology. But that is simply not enough.

It turns out that the secrets to success are being curious, having champions at all levels of the organisation, making data part of the daily workflow, and being good storytellers.

Some organisations still treat data as exhaust. The wasted overflow from systems that provides no value. Successful organisations focus on turning that data into information and insights that drive better decision making. In the coming years, these characteristics will be essential to the success of nonprofit organisations around the world.

Steve MacLaughlin is a Director of Analytics at Blackbaud, the leading provider of technology and services to the not for profit sector. Steve has spent 20+ years driving innovation with a broad range of companies, government institutions, and not for profit organisations.

The post 5 Critical Characteristics of Data Driven Not for Profits appeared first on Blackbaud Pacific. 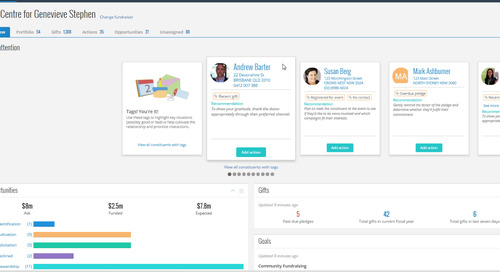 Is your next hire a robot? Fundraising in the intelligence era

In case you missed last week’s news, a well-known company announced they would ‘solve’ cancer within a deca... 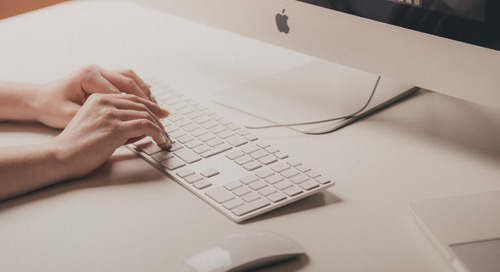