With each passing year, charities and NFPs around the world continue to push boundaries, using every tool in the box (and some new ones besides) to create ever more inventive and compelling fundraising campaigns. As the end of financial year approaches, here’s our round-up of 2018’s best campaigns so far. Read it and be inspired.

Creative use of storytelling

A few weeks ago we published a post on how to harness the power of storytelling (if you haven’t already read it, we recommend you go back and do so, stat!). For a masterclass in the art of storytelling, check out the What Will Your Legacy Be? campaign from the UK arm of Save the Children. It focuses on the uplifting story of Alice, a Liberian midwife who has safely delivered more than 800 babies - all of whom have also been named Alice in her honour. It doesn’t rely on shock tactics, statistics, expensive production values or gimmicks: it uses a simple video to tell a single story extremely well. Ultimately, by showcasing Alice’s legacy and allowing her to tell her story in her own words, it inspires the viewer to consider what they want their own legacy to be. To further encourage legacy donations, the video is supported by a dedicated page on the Save the Children site which includes a will-writing guide and guidance for will executors.

Innovative use of technology

With a younger audience firmly in its sights, the British Legion - a UK-based charity which supports ex-servicemen and their families - turned to augmented reality (AR) for its recent Every Pin Tells a Tale campaign.

The campaign commemorated British soldiers who died during the Battle of Passchendaele through the creation of limited-edition poppy lapel pins, made from British artillery shell fuses and earth from the battlefields. In a clever twist, the charity then used AR to bring the stories behind the battle to life: when viewed through a special smartphone app, the presentation box in which the pin is displayed transforms into a muddy trench while a voice narrates stories from the battlefield.

This is a campaign which fuses powerful storytelling with of-the-moment technology to deliver a memorable, sombre message. It’s a smart move: after all, this is an audience used to receiving its messages in a more immediate and visual format. It’s delivered from a fundraising perspective too, raising over 2 million GBP for the Legion through pin sales. Is this the future of digital storytelling or just a clever gimmick? Only time will tell. 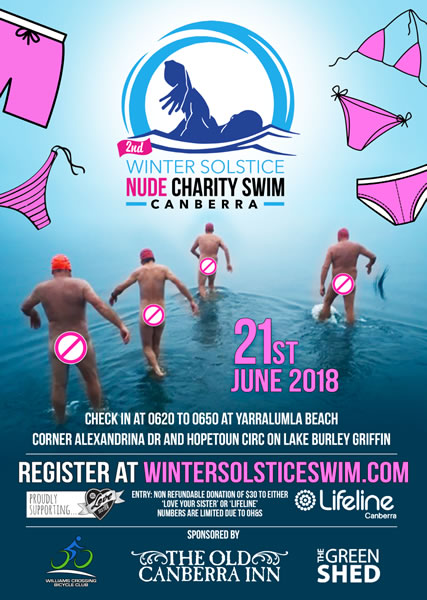 One of the ‘cheekiest’ campaigns of the year has to be the Winter Solstice Nude Charity Swim, a mass skinny dip organised to raise funds for Aussie charities Lifeline and Love Your Sister. Proof that sometimes, all you need for your campaign to achieve traction is a fun, engaging idea that brings people together, the event was launched in 2017 by a Canberran not-for-profit bicycle club and featured just four swimmers. This year, 69 swimmers took part and the event received support from the ACT Government as well as a range of local sponsors. Needless to say, the prospect of dozens of ‘nudie dippers’ braving the freezing waters of Canberra’s Lake Burley Griffin was a big hit with news media all over the country. As a result, this modest fundraising event has achieved significant publicity for its chosen causes - as well as $10,000 plus in donations.

Our pick for the most innovative campaign goes to Belgian charity Solidarité Grands Froids, which supports Brussels’ rough sleepers. A clever concept that highlights the plight of the city’s homeless, the Homeless Webshop is an e-commerce site without an address, looking for shelter on other websites. The campaign, which encourages users to purchase basic living items like toothbrushes and soap for homeless people, has been designed to be housed on any website. By asking Belgium’s most popular and well-established sites to ‘shelter’ the webshop by adding just a single line of code to their sites, the charity made their campaign highly visible and accessible to a much wider audience. The results speak for themselves: during the campaign phase over 87 websites gave the Homeless Webshop a home, enabling the charity to reach 1.2 million new potential supporters. 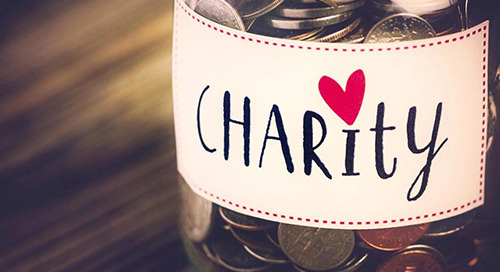 3 Key Issues Charities Face and How to Solve Them